In the past three parts, we created our Xcode project and the interface for our game. Pressing the “Submit” button generates a random number, but that’s not what we really want…In this part, we’re going to write the logic of our game so we can know if a player made the right guess or not.

Up to this point, our submitButtonPressed function looks like this:

Let’s change it so that when “Submit” is pressed, we can access the number that was entered. We already have an IBOutlet to our UITextField called guessTextField. Now all we need to do is get its text.

Great! So now we know which number was entered. Let’s now check if it is the winning number.

We have our validateGuess function ready, now all we need to do is call it every time “Submit” is pressed. Replace the print call with validateGuess(guessInt)

Run your app and try it! Your console should output the proper messages based on your text field input when you press submit. 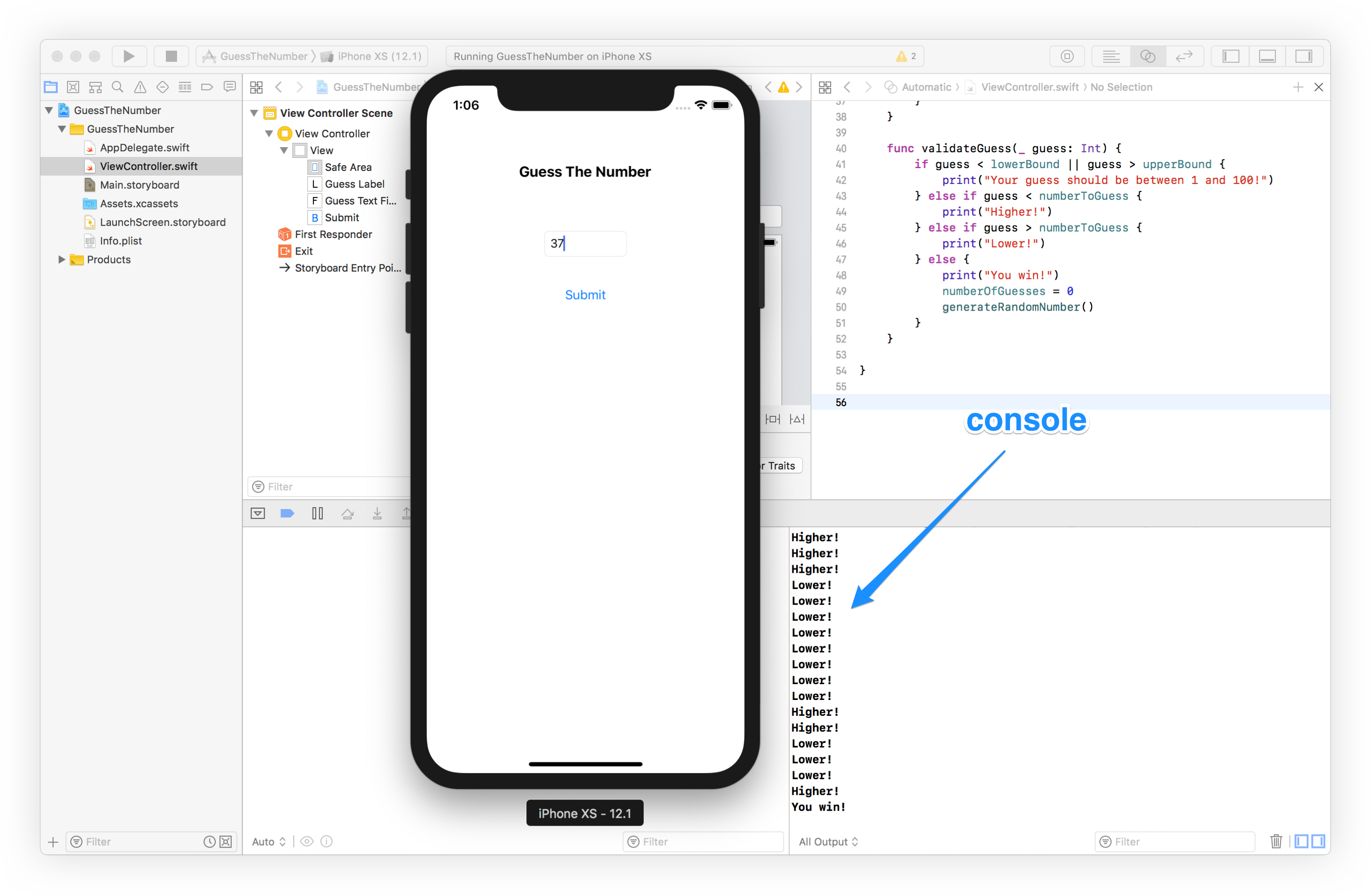 The logic of our app looks great, but we need some way to notify the player that he or she has won, or that there is something wrong with their guess. We will do this by adding some alerts in part 5.